Rahima Moosa (8 April 1905 – 25 December 1992) worked as a secretary at a food factory where she joined the Cape Town Food and Canning Workers Union in 1943. She was elected as a shop steward and worked tirelessly in the Union.

Moosa was also a member of FEDSAW and, together with Helen Joseph and Lilian Ngoyi collected signatures for a petition against the pass laws. In 1956 while heavily pregnant, she together with Lilian Ngoyi, Helen Joseph and Sophia Williams-De Bruyn, led a 20 000 strong delegation of women to the Union Buildings to hand over the thousands of signatures.

In the 1960s Moosa became a “listed person”, a label which remained with her until 1990 when ANC and other liberation movements were unbanned. This meant restrictions on her movements and constant police harassment and surveillance. After a heart attack in the 1970s her health deteriorated until her death in 1993, just before the first democratic elections. 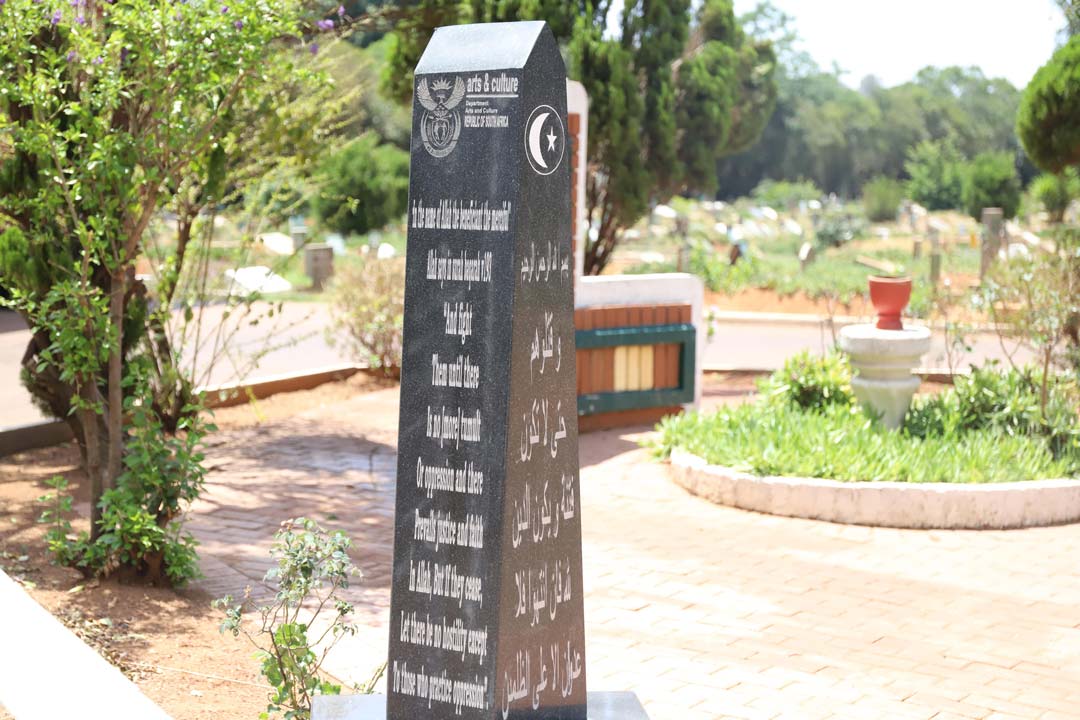 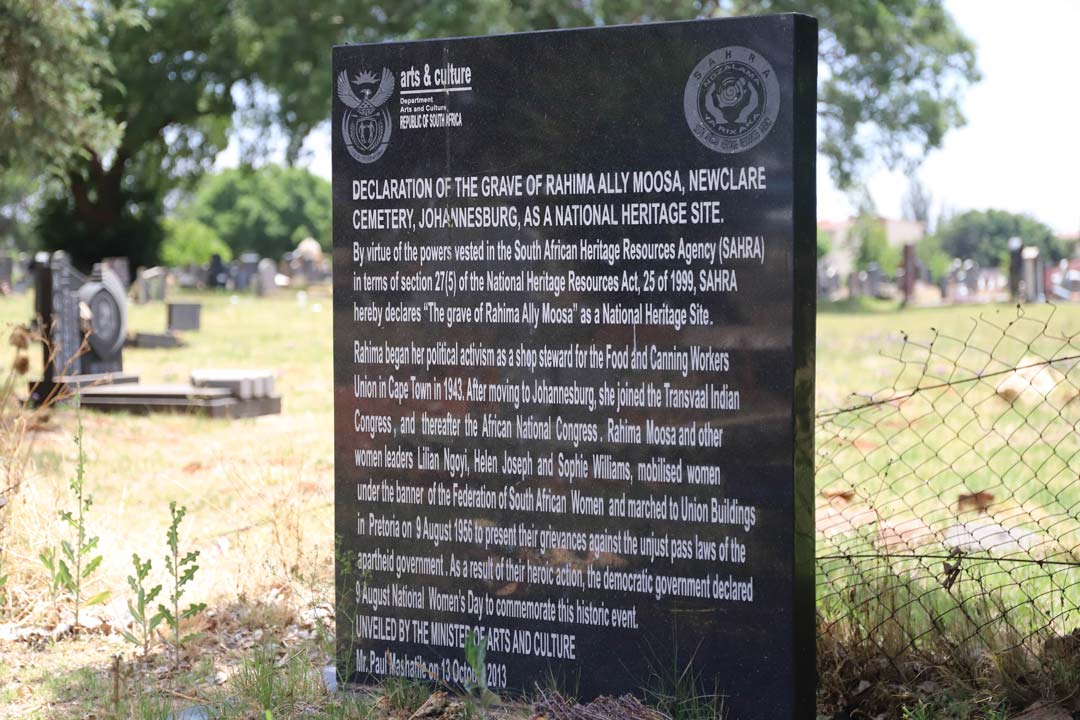 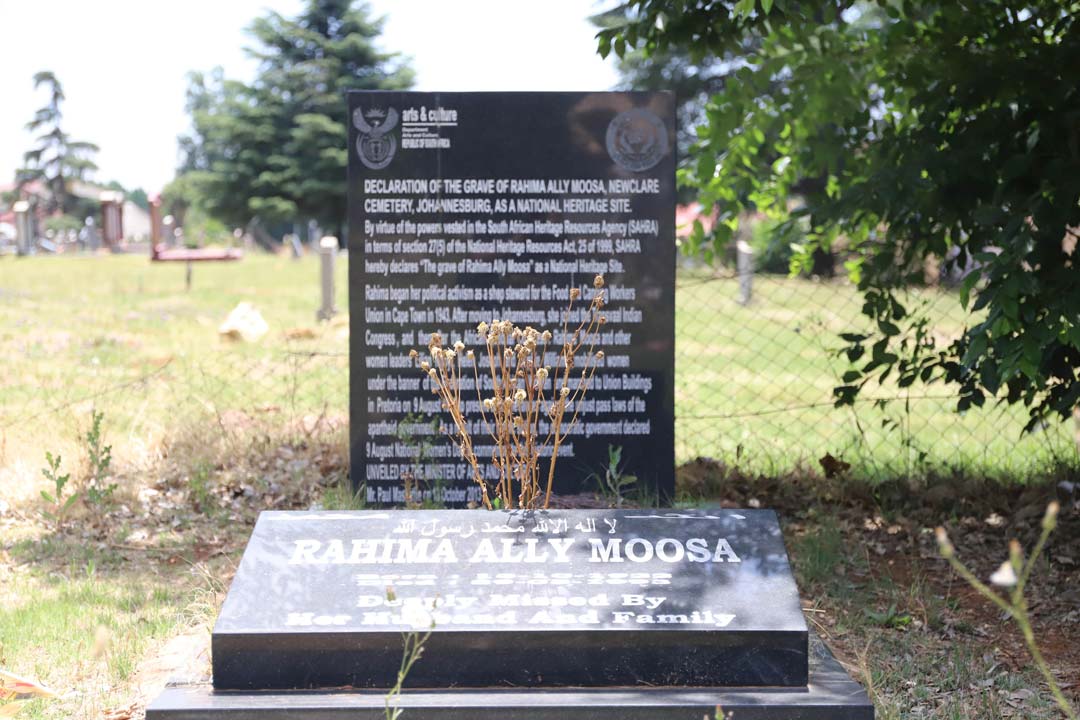 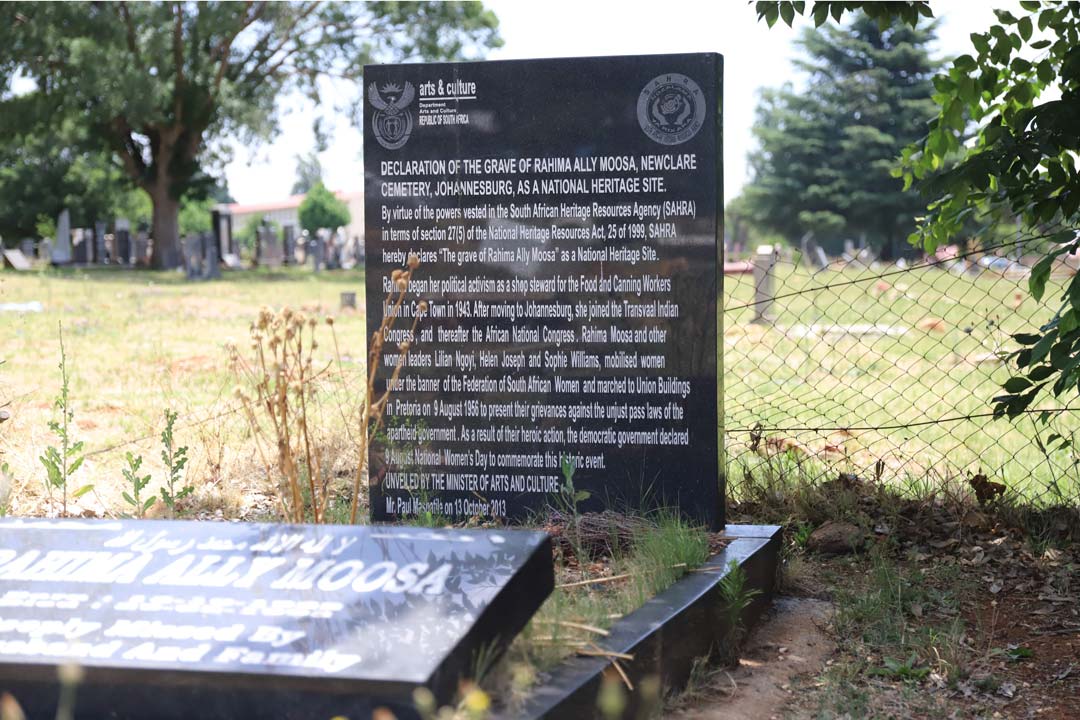